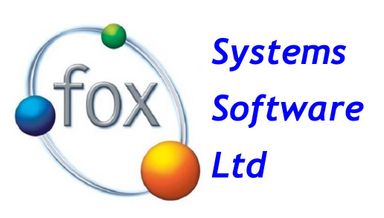 Thanks to Adrian, one of the original developers of this innovative product, for providing a copy of this CUA award.  Helmsman remains one of the most long-lived third-party products still in use by many blue-chip companies.

May 2018 sees Helmsman turn 30, a fantastic feat for the workhorse VME scheduler.

Mike Darkens, who in 1988 was the Validation Manager for the first release, said recently, “If you’d asked me to put a bet on Helmsman still being in existence in 2018, I’d have given you odds that it wouldn’t. I always thought that with the pace of change in the tech sector, Helmsman would have been surplus to requirements many years ago."

It has been thanks to Fujitsu’s ongoing development and support of the VME operating system that means there's still a key role for Helmsman to take in many organisations. Darkens continues, "Helmsman has stood the test of time."

As one early adopter in the banking industry said, “It's always surprised us that a high level scheduler was not an integral element of VME when it was launched.  Regardless, we have been more than happy over the last 30 years with the facilities and robustness of Helmsman”.

Working in conjunction with Fujitsu, we are able to announce that Helmsman v2.50 has been verified as operating successfully on Fujitsu’s Modern VME Environment (MVE)

For those customers who are planning to move to MVE, there are some amendments that need to be applied.  These will be provided as we determine to whom they are appropriate.  They can be applied on the current superNOVA platform in order to ease the eventual transition to MVE.

Helmsman and Sceptre into a 5th decade of use

A 3-year renewal of licence agreements with one of the UK’s leading financial institutions, means that Fox’s primary VME products will see operational use into a 5th decade, further testament to the original design functionality.

Over the last year, Fox have been in discussion with Fujitsu Services Ltd. regarding the future of its VME operating system and the ongoing support of associated customer applications systems.

We are pleased to say that we are now working closely with Fujitsu to ensure the continued lifespan of the Fox products, principally Helmsman which we are told is the product of choice, on Fujitsu’s modern VME platform.

In recent months, we have had several meetings with Fujitsu so that we can understand the requirement for our products on the new platform and what changes will be required in order that they continue to operate.

The detailed work has started and after the initial analysis we now understand the degree of change that will be necessary.  We will maintain contact with all our current customers as this work progresses.

Should you have any other questions, please contact us at Support@FoxSystemsSoftware.co.uk

One of the UK's major insurance companies has agreed a new licence for a 5 year deal for the use of Fox Systems Software's workload scheduler, Helmsman, whilst a major UK broadcaster has signed a 3 year deal for the same product.

Meanwhile, an existing client, one of the largest retail banks in the UK, has extended its planned use of the full VME product set, Helmsman and Sceptre, through to the end of 2018.

Helmsman, Fox’s Scheduler for Fujitsu VME platforms, is now running one of the largest VME workloads in its 27 year life.

The system, providing public sector services, went live in February and Fox were pleased to be able to retain the client's choice for this long-lived and class-leading product.

Red Box, Fox’s Service Management Toolset originally launched in 1992, is still in use with some of our UK clients – and will continue to be into 2016 at least.

Red Box was the first toolset to provide support for the original IT Infrastructure Library (ITIL) process set and although software development ceased in the early 2000s, those customers who still make use of it have found it to support their needs whilst also requiring minimum technical support.

Credit certainly to the designers and developers in the early 90s for the creation of such a ground breaking product.

A software escrow solution is a simple arrangement designed to mitigate risk and protect all parties involved in the development, supply and use of business critical software.

Fox Systems Software has finalised an agreement with NCC group and placed its Helmsman v2.50 software package into escrow.

NCC Group is a leading global information assurance firm, providing freedom from doubt that all critical material is available, protected, and operating as it should be at all times. Information assurance is delivered through escrow and verification, security testing, audit and compliance, website performance and software testing services.

NCC Group’s escrow and verification services protect all parties involved in the development, supply and use of business critical software.